The future is out there and it is up to you to shape it. That will be a common message this time of year at graduation speeches, even those given virtually this year. Speakers make it seem like an enjoyable challenge but it’s also a gigantic task and can be a bit overwhelming. That’s especially true this year. There will be calls to rebuild the economy, and help us return to normal. No, say others, we want something better than the old normal.

It’s also a true statement for Westminster as you bring on a new pastor in the face of continuing challenges caused by the pandemic. Overwhelming indeed. To help you feel merely whelmed, we can get lessons from the way David confronted a giant named Goliath.

Next, be open to opportunity and avoid the “someone should” syndrome – someone else should fight Goliath. David was open to the opportunity, accepting of a challenge, and stepped forward. “Someone should …” mustn’t be the only clause in a sentence. It must always start a compound sentence that continues “and I will do this part to help.”

Third and importantly, it’s best to be true to one’s self and one’s gifts. The Israelites tried to equip David with Saul’s armor. But David wasn’t Saul, just like I wasn’t Jim Reisner, and Heather isn’t me, simply because we shared pastoral roles. Nor will Heather be another Frances Rosenau simply because of gender. Remember, David brought the best of himself and used the skills he already had. Give Heather the same opportunity. Then any one of you can bring your existing skills forward and start using them to meet new challenges.

It can be easy to act like those Israelites who scoffed at the idea of David fighting Saul. He wasn’t big, he hadn’t been a professional soldier, he didn’t have the right training, and he didn’t have the right equipment. God’s people should never be in the position of judging what is new or untried or different as wrong. Historically, many of the ideas and actions that moved the church forward in a positive way came from reformers on the fringe of the church. It is often those new or just entering the mainstream of society that have the best ideas for answering challenges.

We know how that story of David and Goliath ended. But did you know that this wasn’t the only time David faced giants? Years later there were more giants in the picture. Israel and Philistia were at war again, and again the player stats favored the Philistines.

Here came Ishbibenob, whose spear weighed 12 pounds. Along came three more giants. Saph was a descendant of giants. There was another Goliath whose spear was as big as a beam. And there was an unnamed giant with a total of 24 fingers and toes. With David, the giants keep coming.

It makes no difference who you are, how great or ordinary you are, how impressive your victory over a past Goliath may have been. Nobody, but nobody goes through life with but one giant to face. Like David, we all discover that in this life the giants keep coming.

You’ve faced the giant of a search process. But past financial concerns remain; past membership concerns remain. And now, the pandemic brings new challenges. Chew on this. David faced Goliath as a boy and the other giants as an older man. He faced giants at a time it was easy to say, “He’s too young,” or “He’s too old.”. Giants are no respecter of age or circumstance. They will come when we are already challenged or recovering from dealing with past giants.

When David was older, he didn’t face the giants alone. Abishai, Jonathan, and others were there to help. We are not supposed to face giants alone. We defeat giants when we pull together and add talents and skills to attain our goals. We face giants openly, and sometimes bring them out into the open and allow the help of others. Perhaps the others offer a sword; perhaps a word of encouragement; perhaps a shield; perhaps the incentive and support to change our lives; perhaps an arm to lean upon; perhaps a shoulder to cry on. They are there to help.

Let someone know you face a giant. We are here for one another. And so is God. David was confident of God’s presence when he faced Goliath and his later challenges. The God who made us knows our limits and our strengths and our opponents. We are not left alone.

I know all the good you’ve shown in my time here will be part of what continues here after I’ve moved on. And I thank you deeply for the privilege of being part of your ongoing journey of faithfulness. My heart has been marked for the better by your love.

Giants keep coming. With one another beside us, with Christ before us, the bigger they come, the harder they fall.

Rev. Bill Schram began his ministry with Westminster in March 2018 and is the current Interim Minister. Bill attended McCormick seminary in Chicago and met his wife Jenny there. They have served as co-pastors and in separate positions. He has served churches in urban, near suburb, small town, county seat towns in various positions such as pastor, associate pastor, interim pastor, and hospital chaplain. He and Jenny have two natural and one foster daughter. Delightfully, they now have a granddaughter to enjoy.

Prayers of the People 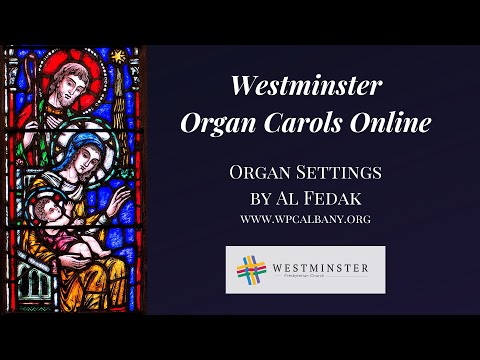 Prayers of the People